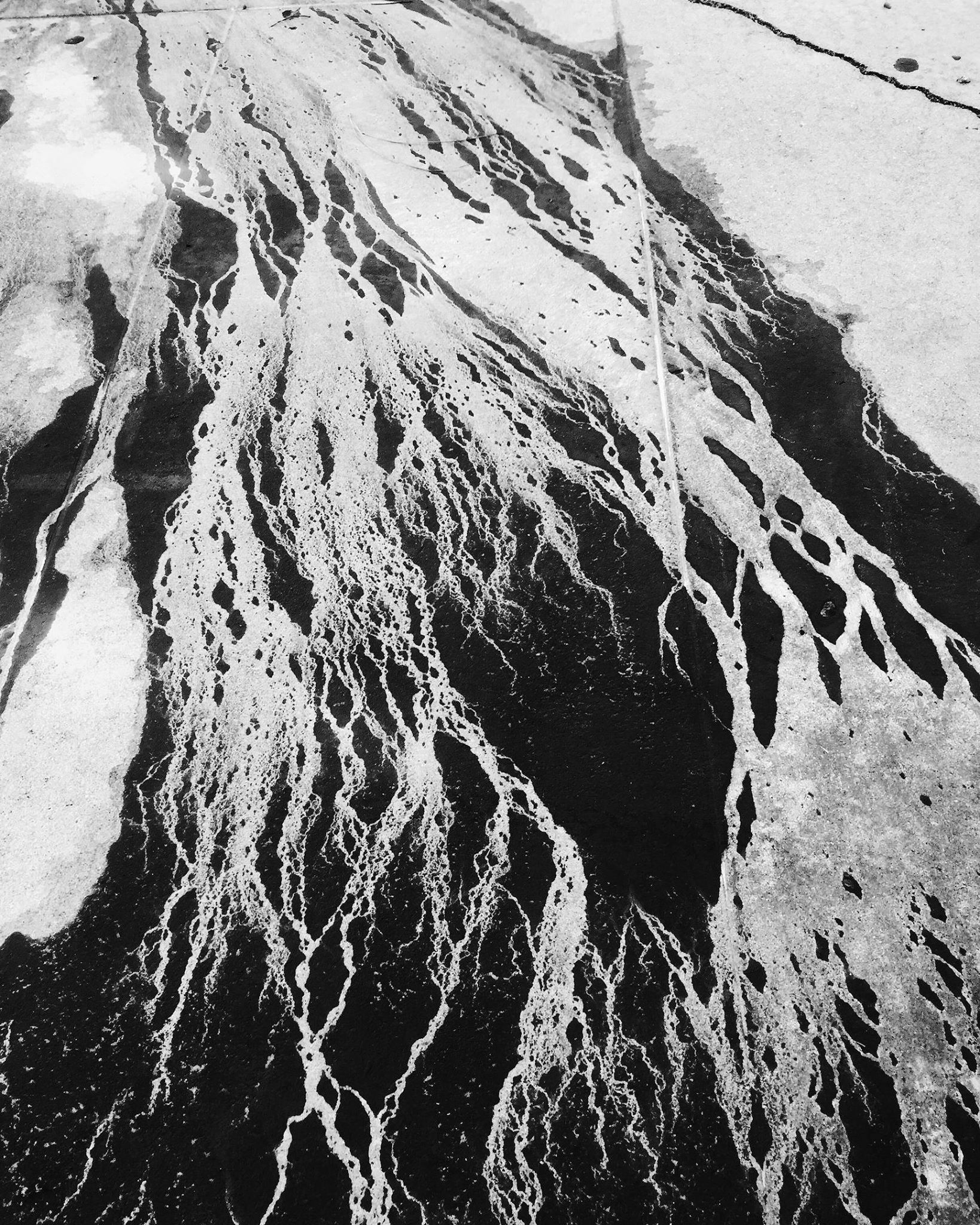 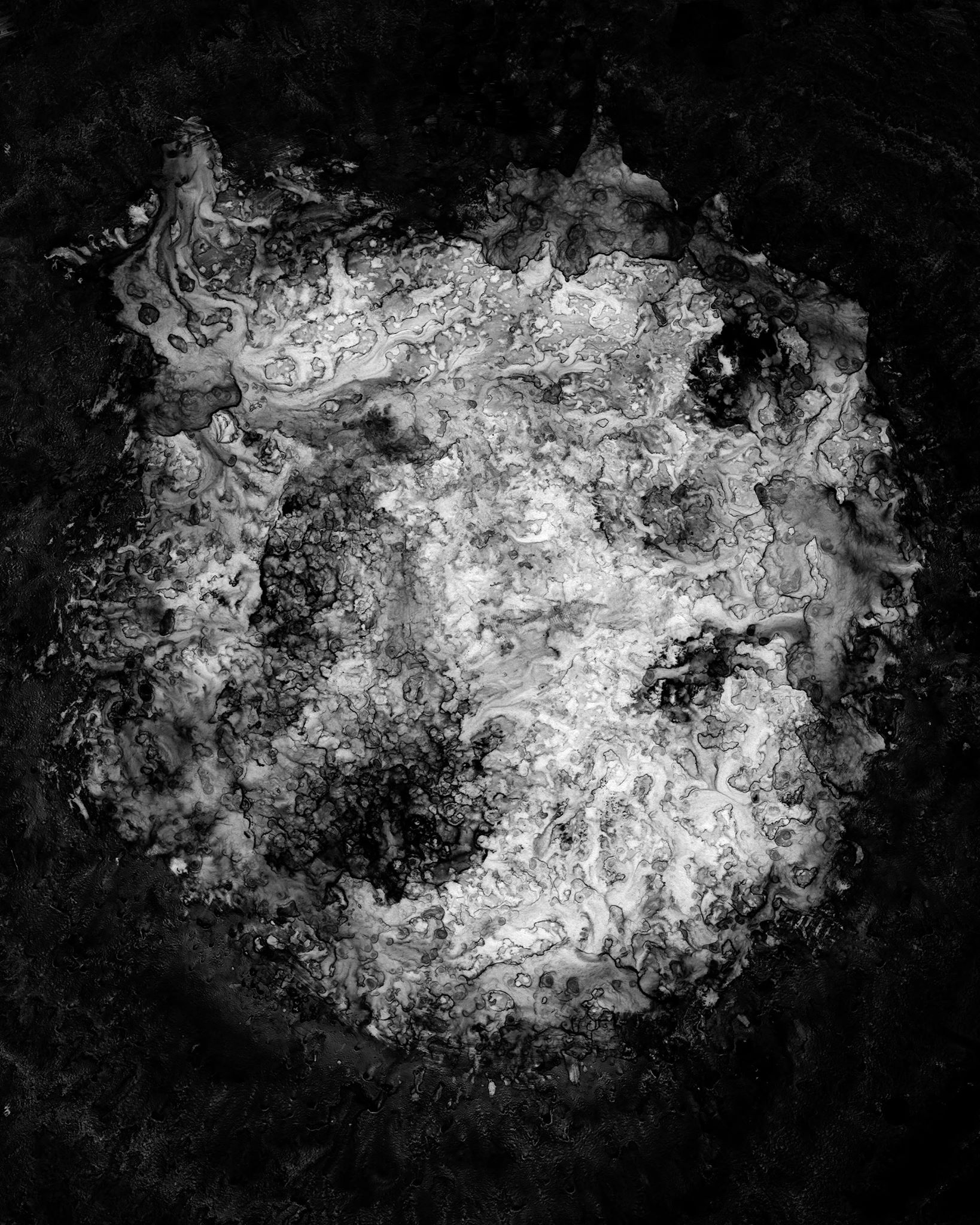 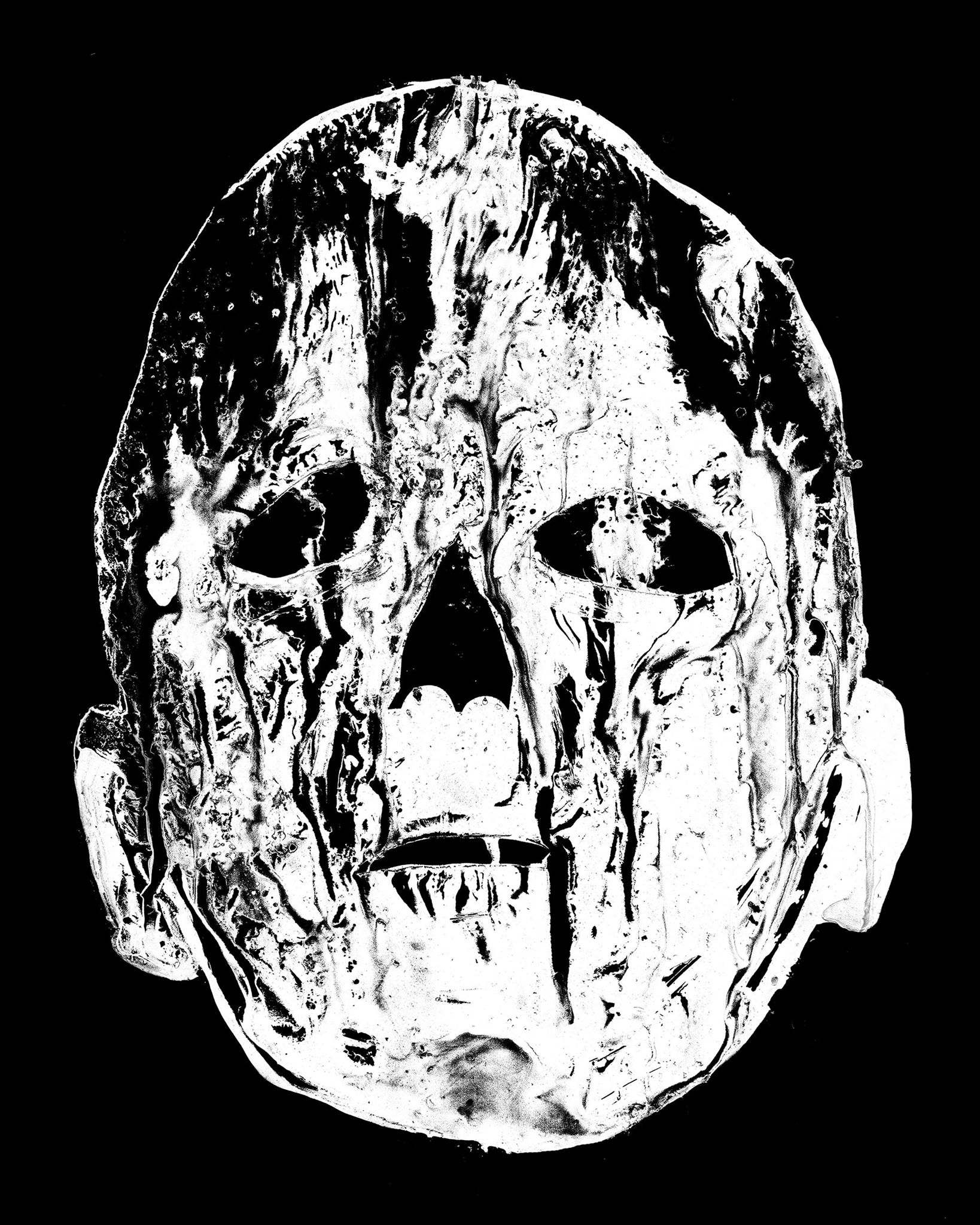 Primal unknowns and internal landscapes charge poly-dimensional artist Jesse Draxler’s black-scale canvases and moon-sick reality-collages – illustrating thought-forms and thought-scapes, and exorcising demons fuelled by damage and denial to create meaning in the face of bleak circumstances. Spliced, hybrid-figures spill out of deep-set tension and anxiety – holding an immediate sense of unreality, and although out-of-reach, these haunting apparitions invite you into a weightless world that’s equally as ambiguous as it is seductive – revealing just as much as it abstracts. “I try to let the work just be,” speaks the multifaceted maker. “It is an unseen, imagined space and it is also an existential state-of-mind. It is something. It came about somehow. Something is happening. It can seem very grounded at times and at others extremely fantastical. I don’t know what it all is, and that’s kind of the point. With my work I am looking for something more- something elemental.”

Born to a family of mechanics, Draxler grew up in rural Wisconsin, and as a child dedicated hours to illustrative studies of cars, trucks and engine parts. Later in adolescence, an equally obsessive relationship with music and sound developed that would ultimately influence his extension-of-self craft. “Music has always played a major role in my life and thus it plays a major role in my work. Music can be a medium for setting the tone to work within, or to trigger the emotions to express through the work. Much of my practice involves directly translating what I hear into what I see. Over time this has extended beyond music to sound in general. I often listen intently to the ambient soundscape of my environment and can be quite inspired by that as well.”

As much as Draxler’s process is influenced by Taoist ethics, in it being both spontaneous and eternal – natural and nameless, his work is equally charged by trauma and the blank-spaces created by blocks in memory. These remembrance fissures lend Draxler’s kaleidoscopic work a distinct sense of immediacy and agelessness – mixing fractured pieces of both the man-made and natural world in an attempt to examine the inner-self from an infinite number of angles. Through the deconstruction of found images and collapsing identities, Draxler relates his practice to the scientific process of gravitational lensing – a process used to scan for dark matter in the far reaches of the universe in-order to measure how light is bent around the substance by the gravity it possesses. It is a search for something that cannot be seen by paying attention to the way it warps everything around it. “What I do is partly realized by not limiting myself to any one medium. I’m not the type of artist who can labor over anything for too long. I’m always looking to get in and get out – not in the sense of not wanting to do the work, the physical work is the most satisfying, but rather get the ideas and fleeting emotions through before I’m sick of myself. I cannot be beholden to consistently think or feel the same way for too long, and I think the cycle of mediums and processes I work through are a kind of ritualistic manifestation of that.”

Having previously stated that he takes the lead from the work itself – creating as much as he destroys to fulfill the needs of a piece, Draxler’s all-encompassing, quantity equals- quality approach avoids categorization, and through ignoring the highly subjective nature of colour, Draxler’s monochromatic pallet acts as a gateway to the essence of the abstract creative’s vision where a convergence of two paths, the creative and the path of self-discovery, intersect and become one. “I am what is generally known as colorblind, but for a time I thought it necessary to run towards color instead of away from it. My early material studies got pretty colorful, but after that period I dropped it altogether. It wasn’t a monumental decision. It was almost an afterthought, but it coincided with the advent of turning inward and facing a more honest version of myself. Because of this, I was able to translate a lot of the things I had been theorizing about philosophically into an aesthetic philosophy of sorts; a visual language.”

Through uninhibited prolificity, Draxler speaks to shaded worlds of confusion – exploring the nameless grey areas that exist between uncertainty and absurdity, fear and surrender. Within this space, obscuring overlays and allusive markings source their strength from darkness, and offer both voids and questions – making the false real, and the real unbelievable with a subtle sense of violence and vulnerability. Although masked, Draxler’s presence runs through a body of work that lives and breathes – searching for what is hidden under sheets of repressed subconscious, and confronting the heaviness of what lies within.